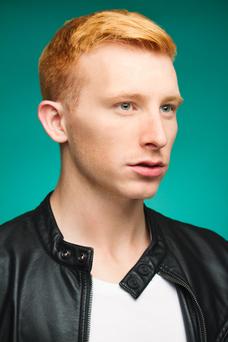 "My life may not be perfect, but my hair is." -Timothy Willy

Timothy Willy is quickly gaining recognition in the beauty Industry as an up and coming Artist. His journey began at a very young age.
"When I grow up I want to be a beautician" I'd say. But, because of society, bulling in school, and the fear of being a disappointment at home, I was ashamed to admit it. I always kept my cousin's beauty school mannequin head in my closet. I would lock my bedroom door to play with it in the evenings, trying to hide it from my dad and brothers. I was a closeted hairdresser!

It didn't take long to realize hiding wasn't enough and something beautiful began to happen! I had cousins, aunts, their friends, and my own friends lined up and were thrilled to let me play with their hair. At that very young age, I learned that as hairdressers we have the power to touch and the power to heal. I have many people to thank for allowing me to be myself as a child, and for their patience. You taught me to love what I do and supported me in all that I can become."

Following Cosmetology school at Lafayette Beauty Academy, IN, Timmy's passion for the industry was recognized when titled as a Spread the Love Ambassador. Starting in January 2012, Timmy and five other cosmetology school graduates set off for the journey of their lives as they visited salons, stores, beauty schools and shows to soak up as much industry knowledge and experience as possible. In each state, they participated in various charity events, to appreciate how hairdressers can give back to their communities and the world. Along with these duties, Timmy was provided an apprenticeship with Celebrity Stylist Ammon Carver. Ammon trained Timmy on how to create perfect hair by assisting Ammon in large trade shows, on stage, and behind photo shoots.

Directly after his role as an Ambassador, Timmy was brought onto Matrix, a Division of L'oreal, as the youngest Artistic Educator within the brand, at age 22. He started educating across the nation, working primarily with national accounts, but has expanded his role to promotional work and international education, within just two years of being hired. He consistently assists the Matrix Artistic Directors with shows and events.
Along with education, Timmy has spent countless hours behind the chair. In Chicago, he worked primarily at Slade's Barbershop (one of Chicago's top barbershops), but also at Blow by Blow (a blow-dry bar with makeup in the Gold Coast), and at Fuss Salon. During this time, he also collaborated with photographers and created editorials for publication.
Timmy recently relocated to Los Angeles to further his career as Stylist for Productions. Timmy's work regularly appears on stages across the nation, as well as in various national publications, recently featured on Cosplay Melee, RuPauls Drag Race, Logo's "Gay For Play" and  Bravo's "The Peoples Couch." 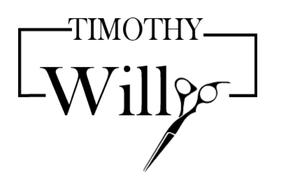